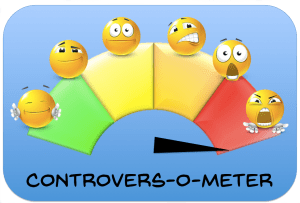 Exactly how we bake cookies at the Thayer home

Not every gospel doctrine class shows five minute clips from the Matrix, but some do. Well, at least one did. It was 2004 and I was on my LDS mission in Italy.

“Brothers and sisters,” our fine teacher began. “What we have just watched is not real. It may appear that these people are actually doing these things. It may be exciting and stimulating and entertaining, but it is not real. It is not a realistic portrayal of combat and heroism. In this way, it is like…pornography.”

Taking a cursory scan of the Googles returned an article in the LDS Church News Archive entitled “Dual Relationship with Family, Fantasy.” The article starts off by saying “They are men with two relationships. One with family, the other with fantasy…Pornography draws a husband away from his family and entices him to connect with things that are not real.”

“Ok, Thayer, so what’s your clever twist here?” you might ask. “Why am I reading this blog post?”

I begin the parallel with a story. I have hidden the names and my connection to this person for anonymity’s sake and to avoid embarrassment, hurt feelings, and blah blah blah. Rest assured, however, that this is a true story and one that probably repeats itself more often than any of us know.

There is a woman, let’s call her Sarah, that is quite crafty. Not crafty in the devious or wily sense, but crafty in the “can legitimately pull off crafts on Pintrest” sense. A few years ago she was asked by her ultra fashionable friend, let’s call her Braxlynn, to come over and help her make an ultra fashionable treat. You see, Braxlynn’s home is palatial and, by her own admission, she doesn’t really even know where all of her kitchen stuff is.

Sarah was kind enough to oblige her culinarily challenged friend and after commandeering Braxlynn’s kitchen for an hour or so, the treats were all but done. One last thing to do. Braxlynn called down her nanny to momentarily deposit her young daughter in the kitchen. Braxlynn briefly overcame her fear of using her hands to do anything but work the zipper on a Louis Vuitton bag and took a moment to stand next to her daughter and pose for a treat-making photo in media res.

You see, Braxlynn is a very successful blogger, regularly posting pictures of herself in designer clothes doing designer things, like standing in the middle of public streets with one knee slightly bent and one hand lightly touching her hair or the brim of her chic hat. A short time after Sarah made Braxlynn’s treats, Braxlynn’s blog post came out. To her half million followers, Braxlynn and kid had apparently spent a lovely afternoon invested in some quality mother-daughter time, making a super easy and stylish treat in a kitchen that looks like it’s the celestial room’s butler’s pantry. No mention of Sarah, no mention of the nanny, no mention of reality. It wasn’t real. None of it.

But you know what? This post isn’t about railing on the Braxlynns of the world (not exclusively anyway), however much the thought of them exacerbates my irritable bowel syndrome. People already have entire websites dedicated to mocking these women and pointing out the ridiculousness of posting a $1,500 “low end” alternative to their favorite $4,500 Tuesday afternoon outfit or the fact that their “baggy pants and sweater” outfit cost more than my best suit (as an aside, the only way I would ever dream of coming close to spending $4,500 on a single outfit is if I was attempting a run through the Mines of Moria and needed full armor fashioned of pure mithril that had been annealed in a vat of dragon tears). What I want to talk about is the effect that these blogs have on the millions of people who subscribe to them.

I have to admit that although I had heard Sarah’s story some time ago, I didn’t actually look at Braxlynn’s blog post until just recently. I was hoping to find out that it hadn’t explicitly claimed that mother and daughter had done the activity together or that it somehow was vague enough for plausible deniability. It’s not. It’s not just misleading; it’s a flat out lie. It is a vain illusion pedaled to millions of women around the world for attention, praise, validation and wealth. These women see the palatial houses, fit millionaire hipster husbands with square rimmed glasses, immaculate crafts with kids, unspoiled kitchens with artisan foods, whimsical birthday parties, endless designer clothes, and think that this is all possible. They can’t look away. Even the ones who rail against it can’t look away.

You can see the effect it has on people by the comments on Instagram. They reach out to these bloggers like the woman in the crowd reaching for Jesus’s robe. If they can but touch the hem of the garment of perfection then they can be cured of their life of mediocrity, budgets and Pay Less shoes.

They are addicted to the prospect that this is a picture of life lived to perfection. It is the ultimate Mormon ideal. Screw waiting until the afterlife for your mansions on high, there are people living it now, baby! In fact, as soon as they finish building one mansion, they start building a different one, because…well…they can. Any variant of perfection you can fantasize is currently being lived and blogged about by some Utah version of the Kardashians.

Are these women actually living this life? Yes they are, but not in the way we imagine it. They live a staged life, one self-imposed photoshoot after another. There have even been disillusioned fashionista bloggers that have attested to this fact (link). I’m not sure these people would recognize an actual real life if it came up and kicked them in the throat with a pair of $700 Jimmy Choo heels (although an actual real life wouldn’t be wearing a pair of $700 shoes, so maybe that’s a bad example).

Every moment we see blogged is lighted and posed and portrayed for maximum allure and effectiveness. We see the perfect snapshots in time and our fantasizing does the rest. We construct the narrative that fills in the gaps between these idyllic moments with an equally idyllic life. We see these pictures and convince ourselves that we are some fly on the wall, observing their opulent life as it is naturally unfolding.

“Oh, you’re just jealous,” you might say. Well, uh…yeah. I’m currently getting my butt up at 5:00 am every day to work 60+ hrs a week in a refinery in sub zero Montana. I would love to take a picture of my sandwich or a selfie of me shoveling snow and pay the bills for the week, but I can’t, and the expectation that I should be able to is exactly what’s wrong with my generation. But I digress, and that rant is for another blog post.

So why do I relate all of this specifically to Mormondom? There are surely scores of fashionista bloggers and socialites that are doing the same thing all over the world. There are, but it is no secret that Mormons dominate the blogging world. The term “bloggernacle” didn’t manifest itself out of nowhere.

I’ll assert that the effect on Mormon moms and Mormon families is particularly prevalent. I’ll go out on a limb here and say that most of these mommy blogs are by 20-40 year olds and for 20-40 year olds. For Mormons, this period of life is usually characterized by having 3 kids in diapers, a go-getter returned missionary husband in college, grad school, med school, law school, or selling Vivint security systems. A disproportionate number of smart, driven, talented women are invested in being stay at home moms and not climbing some corporate ladder.

Between breast feeds and diaper changes, many find release and relief in either creating or consuming social media and blogs. Wonderful and creative ideas about motherhood and homemaking are exchanged and it’s a wonderful thing. There are numerous mommy blogs that are awesome. But there is another edge to that blogger blade. It is publicizing one’s own perfection. And this idea of reaching and striving for said perfection is distinctly Mormon.

Celebrating, fantasizing and idolizing about the stupidly wealthy and fashionable is about as un-Mormon of an ideal as I can think of, regardless if the fashion has appropriately lengthed sleeves, and yet here we are leading the charge. Mormon culture, stemming from an attempt to follow Mormon doctrine, ends up being completely at odds with other Mormon doctrine.

And one final thought. If you do a mommy blog and you have a nanny, then there should at least be an asterisk next to your blog name.

If you like what you read, please subscribe.  And remember you can pre-order my upcoming book The Double Life of Danny Day, a story about a boy who lives every day twice, by clicking on the image below. (Braxlynn may or may not be the name of one of the main characters…)