Give a Crap – 4 Rules in Public Restroom Etiquette 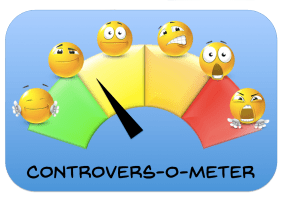 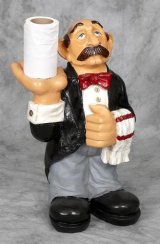 I now wish to speak on a topic that, whether for awkwardness or apathy, goes largely undiscussed.  Like with the birds and the bees, some parents might find this topic uncomfortable to broach.  They would rather rely on a school teacher to convey the particulars or just not have the conversation all together.  I urge you, however, to read this post to the end and take matters into your own hands, lest you or your offspring be the worst offenders.

In my world travels, I have seen applications of this topic vary wildly with cultural differences, so for the purposes of this post we will focus on the topic as it pertains to those with practices similar to the citizens of the USA.  The topic I wish to speak on is “public restroom etiquette”.

From our youth we are instructed on a variety of manners.  Most prominent, perhaps, are table manners.  Knife and spoon on the right, fork on the left; don’t talk with your mouth full; chew with your mouth closed; elbows off the table; etc.  Some of these rules make sense, as transgressing them produces a universally agreed unpleasant result.  For example, you shouldn’t chew with your mouth open because no one wants to see what a saliva and relish based hot dog smoothie looks like.  Elbows should remain off the table because…. I’m not really sure.

Regardless, this dinning etiquette, founded or unfounded, is more or less universally disseminated throughout our entire culture.  I assume this is so because we know that the act of eating is something that we as humans all share in common, all need to do, and that this mutual need often times brings perfect strangers together in the same place at the same time to share a meal.  It is logical, therefore, that some consistency of behavior be established.  So why then, are we not taught public restroom etiquette with the same regularity (pun intended)?  There is equal justification for establishing a set of manners for when our bodies acquire food as there is for when our bodies relinquish food.  In fact, when looking for a basis for public restroom etiquette, you need look no further than table manners.  I trust we can all maintain some level of maturity as we now delve into this topic in earnest.

Time on the throne is “me time”.  You have one singular task and you should be allowed to focus on that task (and play Clash of Clans) in relative peace and tranquility.

2) Wash your hands before you eat.  You clean your hands before you eat and you clean your hands after you un-eat.  A couple of months ago I was washing up and noticed one of my co-workers wrap up his time at the urinal and walk straight past me out the door.  Really?  I don’t care how you were raised.  I don’t care what culture you’re from.  Wash your damn hands.  That just has to resonate with humanity with little to no explanation.  I’ve told myself that if I ever find myself in a similar situation that I’m going say something.

It’s like the time I was standing next to Ron Perlman in customs at LAX and didn’t say “I loved you as Clayface in Batman the Animated Series.”  That is still in the top three biggest regrets of my life.  After that, I vowed to never let a similar opportunity slip by again.  The very next time at LAX, I saw John Cena at baggage claim and didn’t hesitate.  A 4 year old Owen did kind of freak out for some reason when I handed him over to a random sterioded out stranger for a picture, but at least I didn’t let the opportunity slip by.

Where was I?  Ah yes, confronting a non-washer.  I thought of leaving a note on his desk saying something to the effect of “Hey Bob, noticed you didn’t wash your hands after you took a piss.  Next time I see you not wash your hands, I’m posting this note on your door in 60 pt font.   Sincerely, the guy who won’t be shaking your hand or eating the other half of your sandwich anytime soon”.  But I didn’t.  I should have, but I didn’t.

At my work, we pride ourselves in creating a culture where we are supposed to be both willing to intervene and open to intervention, but what’s his excuse going to be when I confront him?  “Hey, you know what, you’re right.  I am an inconsiderate cesspool.  I’ll work on that.”   Not that I want people going around not washing their hands, but I kind of look forward to it happening again for the opportunity to call him on it.

And then there is the other end of the spectrum.  I consider myself to be a pretty thorough hand washer, but every once and while you find yourself beside these guys who act like they’re scrubbing up to perform a kidney transplant.  Lathering up to their elbows, turning the faucet off with their forearm, opening the door with a paper towel.  These are the “restroom surgeons” and every time I get next to one I feel like I got to step my game up a little bit.  You don’t want to start washing your hands second and end first.  Makes you look like a rail yard hobo if you get out handwashed like that.

I usually just realize I’ve relatively underwashed as I’m about to turn off the faucet.  I typically save face by redirecting my hand to the soap dispenser.  “Gotta get those hard to reach spots”, I mumble to myself as I start round two.  It’s in this moment that I find myself envying Bob (my non-washing co-worker) in some ways.  Not subservient to the opinions of others.  He walks out knowing he’s been out handwashed by everybody.  And he doesn’t give a crap.

3) Always clear your plate.  A toilet should be treated like a campsite by a Boy Scout.  Always leave the place better than you found it.  I understand that this can be hard for a four year old to remember, as I am provided evidence on a weekly basis of this fact, but there is a chilling tale from my adolescence that serves as a constant reminder of what can happen if this habit isn’t broken early on.

It was the winter of 1998, I was a freshman in High School and The Legend of Zelda: Ocarina of Time had just come out (most of my life’s events are archived in my brain by what video game I was playing at the time).  I was studying at my buddy’s house.  To protect my friend’s identity I will refer to him has R. Harkness.  No… the last name narrows it down too much.  Let’s go with Rob H.  An hour into our study, Rob H. went upstairs to use the bathroom and returned a few minutes later.  After a few more minutes, Rob’s mother’s iconic welsh accent followed him down the stairs.  “Rrrrrob.  Get back up here and flush!  You neverrrrr flush!”  Unbeknownst to his mother, who more than likely had delivered countless similar imperatives, she had just sentenced Rob to a lifetime of enduring horribly over-exaggerated impersonations of his welsh mother telling him to “get back up herrrrrrre and flush”.  Moral of story, if you don’t dispose of your crap, you run the risk of getting it the rest of your life.

There is also an in-process application of the “clear your plate” principle that should also be employed.  It is more colloquially referred to as the “courtesy flush”.  This technique can be best conveyed by simply remembering to never let any solid matter sit in the toilet for more than one minute (15 secs for diarrhea).  No matter what else you’re working on for however long, if you’ve got something sitting there, do us all a favor and cash that in.

4) Don’t eat off of other’s plates.  Would you walk up to a stranger at a movie theater, reach over and take a handful from their large popcorn?  Of course not (unless you are my buddy, Eric, in high school, in which case you would do that).  Aside from being theft, it’s bad manners.  It’s an invasion of their personal space.  In a similar vein, if it can be helped, do not choose the space, stall or urinal directly adjacent to someone who has already set up shop and started taking care of business.  You’d think that this goes without saying, as the person invading the space gets nothing from this arrangement.  It’s like headbutting someone else in the forehead. You kind of just both end up with a hurt head.  Maybe they do get something out of it, but that’s a subject for another blog post.

I don’t begin to claim to know or understand everyone’s various restroom rituals.  I’ve seen more than one person flush a urinal before they go pee, claiming that the sound of running water helps them work up to it.  I’ve never understood this.  You’re not base jumping off the Burj Khalifa for hell’s sake, you’re taking a leak.  If you need that much fanfare to get kicked off, then you obviously don’t need to go all that bad.

Beyond manners.   So this final point deviates a bit from the discussion of manners, but is still something I would like to mention.  It is a restroom phenomenon that has baffled me for ages.  How do guys zip up their pants the instant they end urination?  What kind of fast acting shutdown valve are they packing?  I live by the age old axiom “no matter how much you wiggle or dance, the last drop will always end up in your pants” (thanks to Jean-Marie Pelissie for sharing that wisdom some 20 years ago).  That phrase is apparently not representative of all conditions, as I have shared a urinal divider or two with men capable of firehosing it one second and washing their hands the next.  Meanwhile I’m dancing around like a cowboy with a scorpion up his britches.  They’re either mutants in possession of a very odd superpower or that they can just tolerate more dribbles than I can.  Either way it’s baffling.

This list of public restroom rules of etiquette, while not exhaustive, should help provide a spring board for a more intelligent, common and public dialogue about what we can all do to make our “me time” a touch more civil.  Any rules of your own to add?  Drop me a comment below.