My name is Mike Thayer. Son of Douglas and Donlu Thayer, youngest of six, father of three and husband of one. I spent my youth playing video games, football, jam ball, doorbell ditching, camping, mowing lawns, watching action movies, recording pranks before there was YouTube, pursuing the opposite sex, and day dreaming about super powers and heroic deeds. I served an LDS mission in Rome, Italy where I rubbed shoulders with mob bosses and amassed a collection of fantastic ties. Shortly after that, I married, completed a degree in Chemical Engineering and began procreation. From there, a job in the Oil & Gas industry took me from the Rocky Mountains of Utah to the humid flatlands of Texas.

Life was good. Family was good. Job was good. But there was something missing. It was a Saturday sometime late in 2008 and I had just finished watching Return of the King (which is always a near religious experience for me). Two thoughts came unbidden to my mind. “I wonder why there aren’t more epically awesome stories like that” and “I wonder if I could come up with one myself.” And so my journey began.

You’ll notice in my list of activities I did as a youth, that reading was not listed among them. This would prove problematic in my quest to write a novel. I did not read for leisure growing up. In fact, the first book I read for leisure was the Da Vinci Code in 2006. My dad told me if I wanted to write, that I needed to read. It’s a radical idea, but that’s my dad for you. So I read, and you know what I found out when I read? That there were hundreds of epically awesome stories just like Lord of the Rings.  Who would have thought, right?! Even with a concerted effort to read over the past decade, my lifelong Goodreads total is sitting at a paltry 100ish books (and that includes Goodnight Moon and Billy Goats Gruff). It’s an abhorrently low figure among my peers of fellow fledgling writers, but it is what it is.

With that, I began writing… well, sort of. I began brain storming and jotting ideas down for about a year and half. The more and more I fleshed things out, the more I felt like I was on to something. Disparate ideas would unexpectedly connect together in cool and satisfying ways. I liken it to unearthing a fossil bit by bit. At first, it looks like you’re just digging up random bones, but after a while you get enough of it dusted off to realize it’s all connected together.

The major turning point for my writing was an ever worsening back injury. Unable to enjoy much of the athletic activities I once had, I looked toward other less lumbar-intensive pursuits, namely hunting and writing. It wasn’t until a microdiscectomy in 2012 permanently sidelined me from most recreational athletics that I heard a squeaky voice echoing from some dusty corner of my personality. “You needn’t robust, functioning intervertebral material to play with me,” he told me. It was my inner-nerd. I answered his call and let him out in the open for as long as his sickly pale complexion would tolerate direct sunlight. He’s built up strength in the years since and now has a permanent seat in my pantheon on personalities.

After 7 long years of writing and revising an epic fantasy novel, I turned my pursuits to children’s fiction. My first novel in The Techno Wizard series was published April of 2018 and it’s sequel, The Uncharted Lands, was published Dec 2018. I have a different website for my Techno Wizard stuff that can be found HERE. The books have gotten an incredible response and I have visited schools all over Montana talking to kids about creativity and the book writing process and I’ve just loved it.

I have also written another novel that is currently being looked at by agents. The novel is called Danny Double Day and is the story of a 4th grade boy who lives every day twice. It’s an awesome book and seems to be getting a great response from agents, so hopefully I can get this one sold. I’ll keep you updated. Cross your fingers!

My left brain has had center stage in my life for quite sometime, and it has rewarded me well, but this site is a playground for Mike Thayer’s right brain.  Like most playgrounds, the equipment can be equal parts fun and dangerous. I fully expect to fall off the merry-go-round a few times, but the potential of falling is what makes it exciting in the first place. Let’s do this. 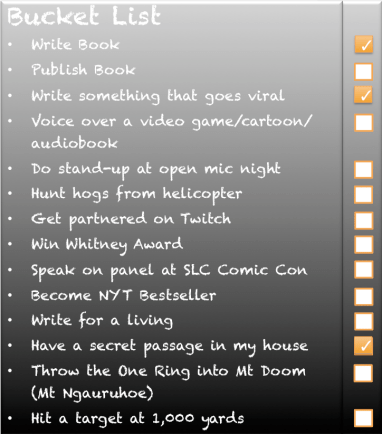 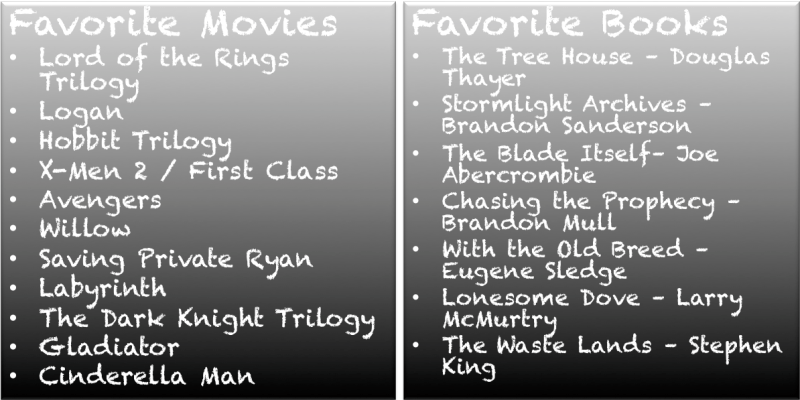 I’m always in the market for awesome lesser known classic games.  Drop me a comment down below with some of your favorites!

29 Responses to About Me